In general, depending on the circumstances, a dream in which kangaroo is featured can be meaning differently. It can be a positive or an unfavorable omen. It all depends on depending on your interaction with the animal.

Merely seeing a kangaroo in your dream signifies that you will soon find a very original and ingenious way out of some situation in your professional life. Occasionally, this dream can mean that you need to be ready for unexpected occurrences in your environment that will suit your goals tremendously.

According to some interpretations seeing a kangaroo in your dream can signify that you will soon find out the real feelings of someone about you. You might get enraged when you realize that someone was plotting behind your back while keeping you ‘in the shadow.’

A dream in which you will run and chase a kangaroo signifies that you will continue with your plans despite being some people around you thinking that your intentions are unreal or unachievable in practice. In other words, contrary critique from your environment is unlikely to discourage you.

Dreaming of keeping a kangaroo as pet signifies that in real life you long for romantic adventures.

If you dream of seeing a kangaroo with its joey in the bag it indicates that you will soon have to make a decision that will be unpopular with people around you. Some people might get offended as they will consider your choice to be a breach of their rights.

If you dream that you are hunting kangaroos, it means that your plans will be put into reality solely as a result of your work, as you will not get the expected help from the people around you.

If you dream that a kangaroo attacked you, it means,s that someone will try hard to tarnish your reputation by using slander and gossip.

If a man dreams about the kangaroo, then this animal personifies the beloved woman. Such a dream indicates her real feelings and loyalty. If a man saw a kangaroo with a cub in a dream, he should expect an addition in the family.

When in a dream you see the animal feeding on the grass, this is a reflection of the willingness to have a family.
A dead animal is a bad omen. Your big plans will not come true. To correct the situation, ask an influential person to support you.

A dream, where kangaroos attack you, symbolizes the collapse of hopes by someone else’s hands. Someone wants to stop you and makes every effort to do it. Try not to tell anyone, about your plans and affairs. The fewer people will know, the less likely that you will get harmed.

Winning in battle with kangaroos promises success in an urgent matter. You will be able to prevent the plans of your enemies and achieve what you want. If in a fight you killed an animal, then a grand prize awaits ahead. You will overcome all the difficulties easily on the way, and you can get your plans fulfilled.

The fight with the albino kangaroo foreshadows betrayal of someone close. Do not trust your secrets and do not rely on anyone. Despite the external innocent appearance and kinship of souls, a person is capable of a deceptive act at any moment.

If in a dream you remove the skin of the animal, then this predicts the complete destruction of the enemies. You will be able to get rid of unpleasant people and their harmful actions forever.

The dream in which you run around the kangaroos trying to catch them, speaks of a trivial pursuit in life. The desire for false ideals led to you on the wrong road and knocked out of the way. Give up your fantasies, before it is too late.

Kangaroo, which you feed in a dream, predicts a truce in the fight. For some reason, you will have to join forces with your enemy, but this will not last for long, after solving the conventional problem, everything will return to its place.
If you dream about a lost baby kangaroo, it is a sign that you should pay attention to your child and his desires. Bringing it up and trying to give all the best, play games together, ask how he feels. Do not uncompromisingly impose your opinion. Ask what the child wants. Maybe, instead of karate classes, he will be happy to play football or hockey.

Dream about a kangaroo locked in a cage talks about the excessive influence of fantasies on real life. Imaginary values have suppressed your opportunities in reality.

If in a dream you eat a meal from a kangaroo, in reality, discard all unwanted things. They will significantly harm your financial situation and will not bring satisfaction.

Was the kangaroo dream meaning helpful to you? Please share this dream with your friends.

The Magic Balls – Get your Answer

Take a deep breath, click on the magic ball and get the answer!

Your Tarot Card of The Day

Check your Tarot Card of the day 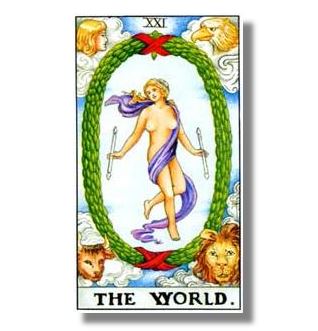 We use cookies to personalize content and ads for our visitors. We also share information about your use of our site with advertising and analytics partners who may combine it with other information that you’ve provided to them or that they’ve collected from your use of their services.Agree